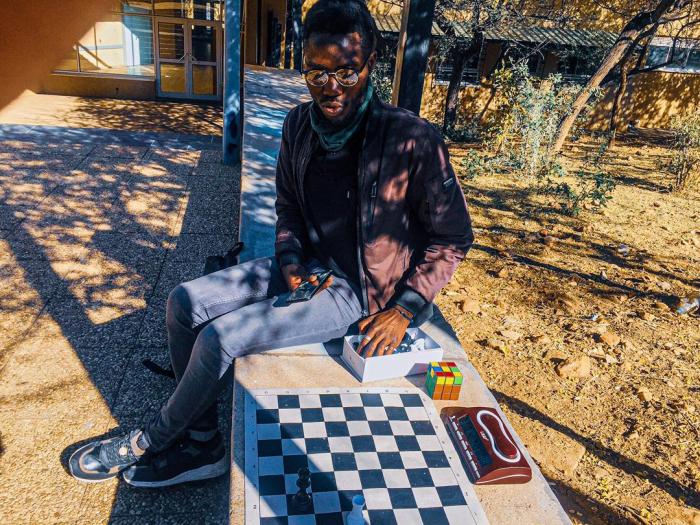 Life is like chess. To win at it, one must learn its principles and put them into practice.

Do you know how to make like a master chess player and make a move so good it forces your enemy to taste the flavour of defeat?

Chess masters are well-known for having the godlike powers of analyzing and assessing situations coolly, weighing options calmly, good vs bad, making plans and executing them flawlessly, all this with their eyes closed. Lets us not even consider the surprising fact that calculators are jealous of their superior calculative power and that binoculars hate not being able to see as far as they. I bet even army commanders covet the skills of strategy they possess.

Simply put master chess players are Nikola Teslas in the Science of Decision Making. Doesn’t this just make you want to be a master chess player, able to outwit obstacles, sacrifice your fears and checkmate your way to success?  I do.

To be honest, however, you don’t have to fantasize about making binoculars, calculators and commanders covet your skills because you are already blessed with the same capabilities bestowed upon master chess players.

The only question is ‘Are you playing chess with life, or are you busy blundering and letting it’s challenges checkmate you?’

Never bend your head. Always hold it high. Look the world straight in the eye.

It was a beautiful Saturday morning

The sun in the sky was having fun shining in the east and the birds in the trees, where singing a song to which I did not know the tune to because no one chose to give me a warning of the skill that will be on display at the premises of Protea Hotel on the 26th of October 2019 at the inaugural NUST Individual Chess Championships.

But now I know what a blunder this was as by the end of the third round, I discovered that I could not find where my smile had gone even if you gave me a compass or a GPS.

The tournament proceeded smoothly from between the wee hours of 08am to 05pm, and it was during these hours that players squared off against one another in order to test their tactics against each other.

Although it was quite competitive and intense, it was fun because even though some of us did lose a piece and later the game (which threatened to derail our ambitions of being victors), we still shook hands to show our peace.

Plenty players participated in this tournament, all of us hoping to lift the trophy that will tell a story of how we walked through hell on our way to victory. But unfortunately, there could always only be one winner. Although we were none of us fools for we all had gone to school; some among us were better prepared to use their minds as a tool in defeating their opponents.

In the ladies section my hands had to clap for Ms. Mari-Anne Fillemon who scooped third place in only her first ever tournament as well as the lovely Vaua who captured second place with her brilliant brand of chess play. In the gentlemen’s section, my hat went off to hail for Mr. Dudley Noroseb who had a slower start to the tournament then a snail but still managed to sneak into third place. Also, my congratulations have to go to Alan Matheus who beat me on his way to securing the second podium place.

But when all was said and done; we all had to bow down and swear fealty to the King and Queen of chess at NUST, Mr. Philip Mootseng and Ms. Maria Niilenge who sat behind the walls of their castle, pretty on their first place thrones.

All in all, regardless of the losses that made me check to make sure whether in the future I will still play chess; it was a well-organized tournament and I thoroughly enjoyed myself and I’m sure everyone else did as well.

Help me keep the blog running

The great and glorious masterpiece of humanity is to know how to live with purpose.